The title of this blog is a quote by the great jazz musician Louis Armstrong. I love to play and have fun; it is a lot of the colour of life and often when I feel at my most alive. However, like many I see it as what I do when I get a chance in moments of down time. But I’m starting to question this very adult notion and wonder if we are missing out on something very valuable for living and working in the world today (and tomorrow)?

Too busy for play 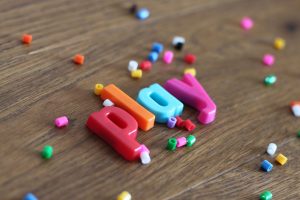 At a time of rapid global change where we have to be more adaptable, innovative and seek out creative solutions to the urgent issues we face, you may think this is the least likely time to start to play. I would beg to differ.

As we grow up there comes a point when we are made to feel guilty for playing. We start to think of it as unproductive and a waste of precious time. We need to be productive!

As an artist I am very used to the tension between having to produce a finished piece, something that people will like and maybe want to buy, versus the fact that when I just let go, experiment and play this is when the magic happens, and I create something of much greater worth.

This perennial challenge and the question ‘why can’t I just allow myself to play?’ led me to the book ‘Play’ by Stuart Brown, MD and founder of the National Institute for Play. In this well researched and thoughtful book Brown shows how play shapes the brain, opens the imagination and invigorates the soul. He says that ‘the ability to play is critical not only to being happy, but also to sustaining social relationships and being a creative, innovative person’. I feel we need all of that right now.

The ability to play is critical not only for being happy, but also to sustaining social relationships and being a creative, innovative person

Play for creativity and innovation 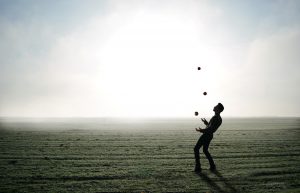 Many animal species play and it is part of their survival mechanisms. Through play the brain is shaped making animals smarter and more adaptable and, in what Brown calls the higher animals, it fosters empathy and makes more complex social groups possible. Hierarchy is often determined through the play of young animals. For humans, play lies at the core of creativity and innovation.

Brown cites a particular example, where an engineering company was having trouble recruiting engineers who could resolve complex problems. They found that new younger recruits couldn’t, unlike the older generation of engineers, ‘toss the problem around, break it down, pick it apart, tease out its critical elements, and re-arrange them in innovative ways that led to a solution’.

The company was hiring engineers with academic excellence but the recruitment process was missing the ability to assess complex problem solving skills. So, being engineers, they analysed the problem and did some research. They found that whilst many older employees, who were adept at complex problem solving, had worked and played with their hands whilst growing up, the younger recruits who weren’t able to problem solve, had not. This led to the company changing its application process, ensuring questions around play were asked – what projects and play did applicants enjoy growing up.

This example of Brown’s demonstrates the benefit of play and relevance for creative and complex problem solving in today’s world. One of Brown’s core principles of play is its improvisational potential. That when we are in play we are not locked in to any imposed process, we are open to serendipity and chance and willing to take in seemingly irrelevant things.

Play – how it shapes the brain, opens the imagination and invigorates the soul by Stuart Brown MD

We are using cookies to give you the best experience. You can find out more about which cookies we are using or switch them off in privacy settings.
AcceptPrivacy Settings